PARC3 - Physical Activity and Recreation in Children in Communities of Color

As part of my postdoc at NC State I am working on the PARC3 - Physical Activity and Recreation in Children in Communities of Color led by Dr. Aaron Hipp and Dr. Myron Floyd. The project involves observations and surveys at parks in New York City and Raleigh-Durham. The bulk of the work was done in 2017 and 2018 and we are analyzing data and writing up our findings as part of my work.

The project is part of a broader effort studying physical activity that was funded by the Robert Wood Johnson Foundation.

Public parks represent key settings for promoting physical activity among children who are least likely to be active and most likely to be overweight or obese. Parks are generally widely available, offering programs and facilities targeted to young children. Because they are public entities, municipal parks can be influenced by a range of policy actions that affect how they are designed, located, programmed, as well as how they are managed and maintained. Describing park use patterns among different racial and ethnic groups, particularly in low-income neighborhoods, can inform planning decisions on how to meet diverse recreation needs and advance public health goals.

Children in kindergarten through 5th grade (as of Spring 2017) are the target population along with one parent or primary caregiver (child/parent dyads). Racial and ethnic populations include African American, Asian, and Latino children and caregivers. Data collection focuses on 20 parks in New York City (Asian and Latino) and 20 neighborhood parks in Raleigh-Durham (African American and Latino). Systematic observations using SOPARC are being used to measure children’s use of parks and park-based physical activity across all 40 parks. Parks, as well as surrounding neighborhoods, are being audited to identify and describe environmental supports for, and barriers to, physical activity. Individual-level physical activity and location data are obtained from in-park surveys, accelerometers, and GPS. A brief telephone survey of neighborhoods near the study parks will identify types of park attributes parents look for when making decisions about their children’s use of parks. 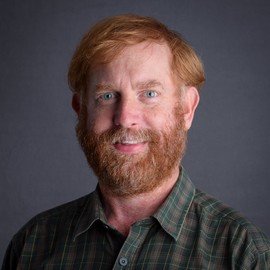